Tips for Dealing with Morning Sickness 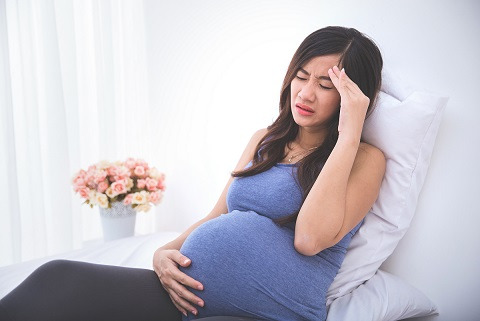 It feels even worse than ‘that time of the month’. Morning sickness is a sense of nausea or irritation faced by women who are pregnant, typically but not limited to the first few months. It can be called a misnomer because it affects a woman during any time of the day. Formally called nausea gravidarum, statistics has it that at least 80% of pregnant women have dealt with it some point of the gestation period or the other.

A person with morning sickness might feel tired with an extreme urge to vomit. Nausea lasts for varying periods and although extremely unpleasant, it’s not frequently serious. In fact, it has no impact on the health of the fetus and is often a regular indication of a healthy pregnancy. Research has it that ‘morning sickness’ often reduces risks of stillbirths or miscarriages.
The exact cause of morning sickness is yet not known with accuracy. However, there are some tips and easy remedies to help you deal with it better and reduce nausea.

Chew away on the ginger as long as you like. Research says that ginger juice can often ease nausea and thereby, reduce signs of morning sickness. You can also go for ginger lozenges and candies too. Avoid empty stomachs at all cost. Empty stomachs are known to give you nausea.
Keep your body hydrated and fluid satiated all the time. Rather than drinking more fluids after long breaks, try drinking small quantities more frequently. You can also suck ice cubes made of water or flavoured iced lollipops.

Have a good eating time-table that you follow strictly. Rather than having large meals three times a day, go for smaller ones several times. Your diet should constitute rich carbohydrate supplements so that your energy is intact and proteins to reform damaged cells. If you’re having snack cravings, go for crackers and sour food rather than syrupy or sweet. Also, avoid very hot and spicy food. Sniff something fresh and fine. It might be anything from lemon or tangerines to rosemary. This saves the turning in your stomach. If there’re other smells that you adore, try them out. Something like sandalwood or lavender can do the trick.