What are the common symptoms that indicate gynaecological disorders during intercourse? - Apollo Cradle
Skip to content

Home » Blog » Gynecology » What are the common symptoms that indicate gynaecological disorders during intercourse?

What are the common symptoms that indicate gynaecological disorders during intercourse? 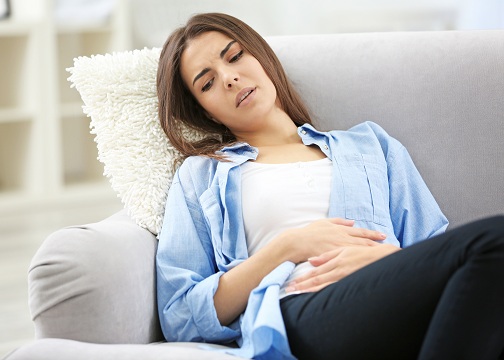 A gynaecological disorder may be defined as a medical condition, which affects the reproductive organs of women. The female reproductive organ includes the vagina, breasts, uterus, ovaries and fallopian tubes. Research has revealed that almost all women experience a related disorder sometime during their lives and seek gynaecological treatment. In most cases, these disorders are minor and are treated and cured easily. However, in few cases, the gynaecological disorder may be quite serious, causing severe complications, which can include jeopardising a possible pregnancy or resulting in infertility or even death.

Some common gynaecological disorders, which can lead to infertility are-

PID can result if an infection spreads from your vagina and cervix (lower part of the uterus) to your uterus, ovaries and fallopian tubes. A chlamydia infection can cause pelvic inflammatory disease (PID) – between one and three in every 10 women with untreated chlamydia will get PID. PID can become a long-term condition with regular flare-ups with fever and abdominal pain.

However, the symptoms of gynaecological disorders vary according to the specific disorder you are suffering from. Hence, they cannot be generalised, and it is important for you to know about the particular disorder in itself, to understand and recognise its symptoms. Here are the disorders and their symptoms.

Vaginitis is an inflammation of the vagina. The cause is usually a change in the normal balance of vaginal bacteria resulting in an infection. Menopause with its reduced estrogen levels can predispose to vaginitis. The causes of vaginitis are bacterial infection, yeast or fungal infection usually by a naturally occurring fungus called Candida albicans, parasitic infection -trichomoniasis, which is transmitted by sexual intercourse. The symptoms of this are pain and discomfort during sexual intercourse and itching and discomfort in the vaginal area.

This condition is the recurrent involuntary tightening of muscles around the vagina whenever penetration is attempted. If there’s an obvious physical cause, such as an infection, it can be treated. If the cause is psychological, sex therapy may be recommended. This may include counselling or cognitive behavioural therapy (CBT), as well as treatments such as vaginal trainers and relaxation techniques.

Severe pain, irritation and slight bleeding during sex may indicate vaginal dryness. This condition can affect you at any age and can occur during pregnancy. It is common if you’re menopausal but can also occur if you’re breastfeeding or are taking contraceptive pills.

Involuntary leakage of urine during sex indicates stress incontinence. This condition occurs in pregnant women and those who are either obese or have had pelvic surgery at some point in their lives. If it is associated with a physical cause it may be treated with surgery or physical therapy.

Gynaecological disorders are quite common, and most of them are easily treatable. It is essential that you recognise the symptoms and seek medical advice as soon as possible.